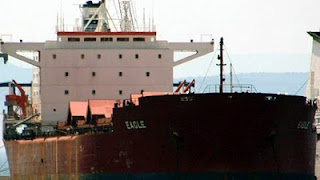 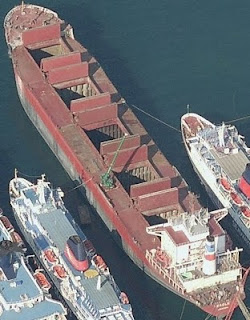 Handymax bulker MV EAGLE was hijacked by pirates firing small arms and a Rocket Propelled Grenade before boarding the vessel, Cypriot-flagged and owned by the Perogiannakis family, Perosea Shipping Co. S.A., 52,163 dwt in the Gulf of Aden, 490 nautical miles South of Salalah, Oman on passage from Aqabar (Jordan) to Paradip (India) when it was attacked.