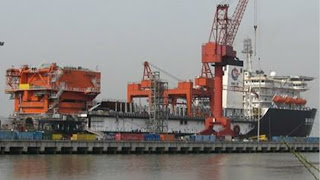 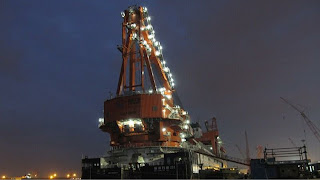 The new 2.8-billion yuan-vessel, which can lay pipes at depths of 3000 meters and lift 4,000 metric tons, will officially operate at the South China Sea's Liwan 3-1 gas field, which has water depths of 1,500 meters.


First, however, it will undergo a one-month trial in shallower waters, where it will lay about 1.5 kilometers of pipe for testing.  Liwan 3-1 is the country's first deepwater natural gas field, and was discovered by Husky Energy Inc in 2006. It is set to start commercial production next year to supply gas to Zhuhai in Guangdong province.


The pipe-laying crane ship, together with the deepwater drilling platform, will help the company go from shallow waters to the more challenging deepwater, and protect China's energy security and national interests in the territorial waters.   The vessel, known as Hai Yang Shi You 201, which started undergoing construction in September 2009, is part of CNOOC's deepwater fleet, which cost the company a total of 11.5 billion yuan ($1.8 billion).


The fleet, which has six vessels, is designed to meet the country's requirements to explore deepwater areas for sustainable energy supplies, said Jin Xiaojian, general manager of CNOOC's engineering department.


The construction pace accelerated in 2006 when the Liwan 3-1 field was discovered, boosting the company's confidence in the existence of oil and gas in the South China Sea, Jin said.


The drilling rig, the outfit's "flagship", officially started operating at the Liwan 6-1-1 field located 320 kilometers to the southeast of Hong Kong, marking the country's new era of deepwater exploration in the South China Sea.


The area is estimated to have about 16 trillion cubic meters of natural gas and about 30 billion tons of oil, which would account for one-third of China's total oil and gas resources, CNOOC has said.
9555371 HAI YANG SHI YOU 201 Offshore Construction 25448 2010 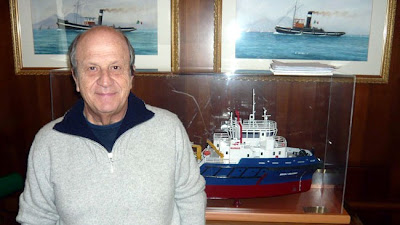 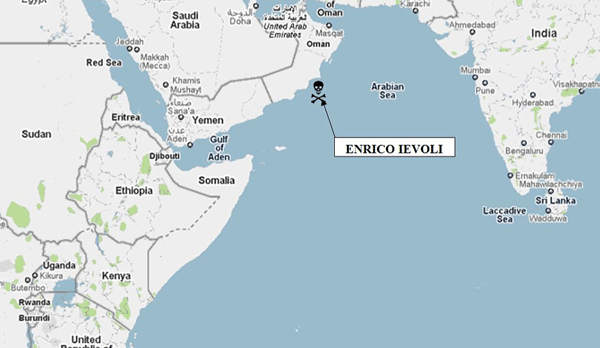 Hijacked by Somali pirates in December 2011, the ship was released ... after the ransom amount was handed over to the captors.
[April 24]"No ransom, we have done through legal channels, as required by the code of navigation." The owner of Enrico Levoni, freed after four months in the hands of the pirates of Somalia, responds well to those who ask what were the counterparts for the release of ship and crew. The tanker is doing back home escorted by our Navy. The crew is fine. Satisfaction among the Italian authorities, relief from relatives

No reports on sum of the ransom, Ukrainian Ministry of Foreign Affairs don’t say if it was paid, though there are little doubts about it. The [Italian]foreign ministry denied the government had paid ransom and said the liberation was the result of "constant pressure'' on Somali authorities, the chemtanker was carrying caustic soda from the United Arab Emirates to the Mediterranean.    Demand for caustic soda declined by around 260,000 tonnes in the second half of 2011 because of shutdowns in the global alumina industry, according to an industry source.

[January 01]Police from Somalia's semi-autonomous region of Puntland near Dhinooda seized 10 pirates bound for MT Enrico Ievoli [9188415 ENRICO IEVOLI ] of Domenico Levoli, chairman and owner of Marnavi.. The M/T Enrico Ievoli was hijacked off shore Oman coastline while it was heading toward the randevouz point with the chinese armed convoy..
A number of them are investors while others were staff. Once a captured vessel has been brought to anchor, is common for pirate hijackers to be joined by the gang's investors a vessel as well as a team of armed guards brought on board to guard the hostages. The MT Enrico Ievoli was hijacked on December 27, while transporting a cargo of caustic soda. She carries a crew of 18, including seven Indians, six Italians, and five Ukrainians. Puntland forces have detained and seized numerous pirates within recent months but have yet to bring them to trial.


Marnavi S.P.A, Napoli, Italy and Marnavi offshore SRL, Napoli, Italy, respectively enjoy an unblemished and outstanding reputation in the safe transport and carriage of liquid chemical and edible oils, and the renderment of offshore services respectively.


To-day they have a modern fleet of 35 vessels trading worldwide with a total capacity of 170000 DWT, These include 13 stainless steel tankers ranging from 26500 DWT.
Posted by kokstad at 09:45 No comments: 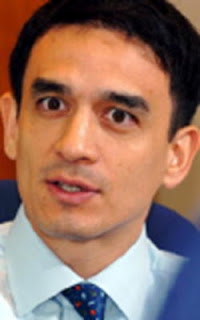 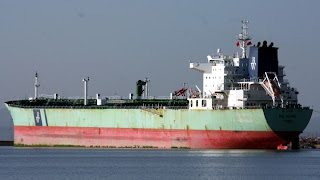 May 4th, 2012 BW Rhine was released after being held under duress while some of the cargo was being stolen.  The gasoline it was carrying was worth millions of dollars.


[May 2]Hijackers looking for the petroleum product cargo, maybe aviation fuel,  forcibly removed from her safe anchorage position off Lome, Togo BW Rhine, product tanker operated by BW Maritime. The vessel was laden at the time.
Contact was last made with the vessel at 18:30 GMT on 30 April. Ongoing efforts are being made to restore communications.
All possible actions are being taken to track the vessel, and coastal navies have deployed assets to assist the search. The BW Emergency Response Team is continuously monitoring the situation and all relevant parties have been informed. On 2012-03-27  discharged aviation fuel at RPD/Bristol UK.   BW Maritime is part of the BW Group, one of the world’s leading maritime groups in the tanker, gas and offshore segments, operating a fleet of 93 owned, part-owned or controlled vessels. BW Maritime is a leading maritime company with commercial responsibility for a fleet of 30 vessels - 14 Very Large Crude Carriers (VLCCs), and a fleet of 16 LR1 product tankers, controlled by the family of Helmut Sohmen .