Chinese Overseas Ports will manage Pakistan’s Gwadar Port free-trade zone  the free-trade zone on a 43-year lease.
Gwadar port is a deep sea port that sits next to the Strait of Hormuz, the key oil route in and out of the Persian Gulf and it lies only 120km from the Iranian border.. With a deep-sea port in the Arabian Sea and a land route to remote western China, some of Beijing’s Middle Eastern oil could travel the short route through Pakistan, instead of 6,000 miles through the Malacca Straits to Shanghai. That’s the route more than 80 percent of China’s oil and natural resources now have to take.  The South China Sea extends from the Malacca Straits to the Strait of Taiwan, where China is in conflict with the United States and its allies for control .   The newly-minted USN commander of the carrier strike group said the increased U.S. military presence in Southeast Asia does not risk making things worse. Last year, the U.S. began to challenge China by sailing warships near its reclaimed reefs in so-called freedom of navigation operations.

“This is a routine, scheduled deployment,” Rear Adm. Marcus Hitchcock said. “We’ve committed to unimpeded commerce in this region.”   The resumption of freedom of navigation operations in the area is not a challenge to sovereignty, he added. “They are challenges to excessive territorial claims. We take no position on sovereignty other than to say we hope there is a peaceful and diplomatic resolution to sovereignty challenges here in this region.”

On January 30, the United States Navy conducted its second freedom of navigation operation (FONOP) in recent months. This time, the destroyer USS Curtiss Wilbur transited within twelve nautical miles of Triton Island—a PRC-held feature in the Paracels also claimed by Vietnam and Taiwan. Unlike Subi Reef, which was the focus of the USS Lassen’s FON patrol last October, Triton Island is not one of China’s artificial islands. Foreign Ministry spokeswoman Hua Chunying condemned the operation, stating that the American vessel “violated the relevant Chinese law [on innocent passage] and entered China’s territorial sea without authorization.” Her counterpart, Lu Kang, suggested that the operation was nothing more than “the pursuit of maritime hegemony . . . under the cloak of ‘freedom of navigation.’ ,U.S. Assistant Secretary of State for East Asia Daniel Russel clarified that the ASEAN summit that President Obama will host this month is “not anti-China.” The Pentagon did not notify any of the three countries of its plans to transit the area.
[May 3 2008 China's concern about its access to vital sea lanes

"China's increasing dependence on imported petroleum and mineral resources has contributed to an intensified Chinese concern about defending its access to vital sea lanes, particularly to its south.

"It is this concern that in large part is driving China's development of power-projection naval forces such as aircraft carriers and long-range nuclear submarines." here
Posted by kokstad at 16:27 No comments:

“This AGI is most likely to be the Type 815 Dongdiao-class intelligence collection vessel Beijixing (pennant number 851), home ported in the East Sea Fleet,” Erickson, an associate professor at the Naval War College said.

“Beijixing is the most experienced vessel from the PLAN’s [China’s People’s Liberation Army Navy ] most advanced class of AGI. Based on Internet photos and Japanese government and other media reports, Beijixing is China’s most well-traveled AGI, having operated frequently near and within Japan’s claimed Exclusive Economic Zone (EEZ).”   What’s strange about the Chinese ship monitoring RIMPAC from afar is four PLAN ships and their crews have already been included in most levels of the operation.   RIMPAC — held every two years — includes 50 ships, 200 aircraft and more than 25,000 military personnel from 23 nations. The exercises will run until August. 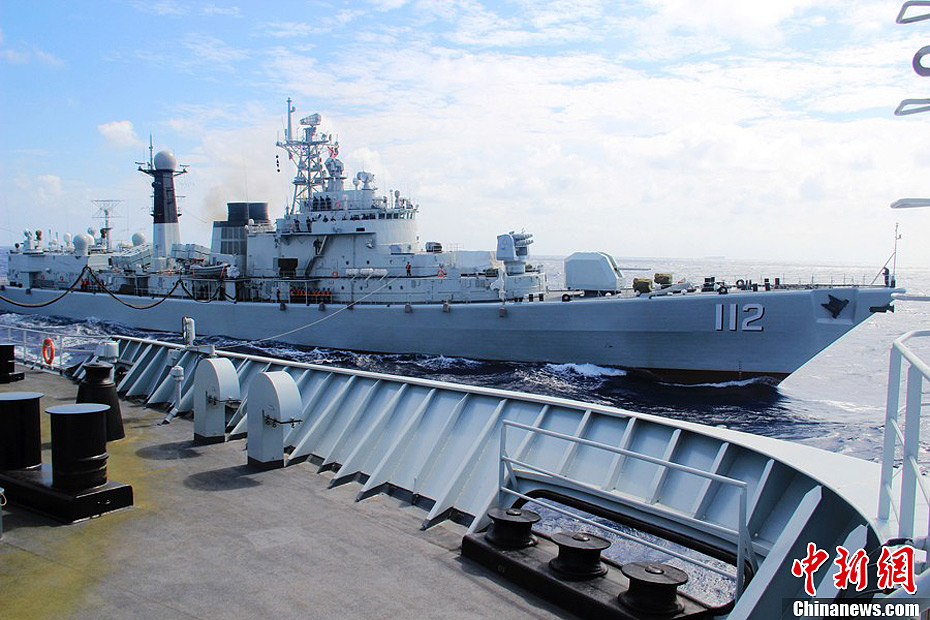 The U.S., which traditionally has maintained an impressive array of naval forces comprised of units of the Sixth Fleet, had decided to reduce its naval presence in the Eastern Mediterranean, but in view of the increased traffic -- from Russia, China and especially the Islamic Republic of Iran -- has now changed its mind and will retain a significant naval force in the area.
Regional security arrangements have changed considerably since the onset of the Arab Spring, and developments in the Middle East have enhanced Cairo’s role within the strategic framework. Reliable sources say the Muslim Brotherhood-controlled government has offered Washington “more than facilities” in order to ensure Washington’s continued support during the Muslim Brothers’ crisis-ridden bid to secure control over the state.
Officials at the US embassy in Cairo confirmed the impression of a continuing close relationship between Egypt’s Armed Forces, the US Defense Department and the administration in Washington.

[March 1]The 14th naval squad, sent by the Chinese People's Liberation Army (PLA) Navy, departed February 16 from China to the Gulf of Aden and Somali waters for escort missions.

[February 25 2011]
China said it was sending a navy ship to protect its citizens being evacuated. The PLA Navy has just dispatched Xuzhou,F530, a Type 054 Jiangkai-II class missile frigate, from the ongoing seventh PLAN anti-piracy task force deployment off Somalia to steam to Libyan coast to provide support and protection for the ongoing evacuation mission there. The escort mission has been approved by the Central Military Commission, according to Xinhua, and at least 6,300 of the roughly 30,000 PRC citizens in Libya have been evacuated. Xuzhou incorporates many stealth features: sloped hull design; radar absorbent materials; and reduction of surface equipment and features.

earlier
Posted by kokstad at 10:05 No comments: