Det Norske Veritas has won a bid to provide environmental and emergency preparedness risk analysis for Statoil’s Johan Castberg project in the Barents Sea . Statoil got the go-ahead from Oslo to drill the first exploration well in one of its Barents Sea licenses . Meanwhile the company is reportedly kicking off seismic studies in the Sea of Okhotsk in cooperation with Rosneft (Upstream).

The drilling rig Scarabeo 8 appeared overnight Monday this week off Ersvika near Hammerfest, the first time a rig has visited Hammerfest in 32 years. The rig is taking advantage of the area’s sheltered waters to perform some tricky refitting
The Castberg project, which may hold as much as 600 million barrels of recoverable crude, has helped rekindle interest in the Barents Sea after a decade of disappointing results.
Statoil, based in Stavanger, is the operator of the field and has a 50 percent stake. Italy’s Eni SpA has 30 percent, and Petoro AS, which manages Norway’s direct stakes in its oil and gas fields, holds 20 percent. Statoil had originally planned to submit a plan for development and operation to the government for approval next year before starting production in 2018.
Norway remains committed to developing the waters off its northern coast and expects “a lot of licensing” in the Barents Sea when the results of the 22nd licensing round are announced “in the near future” . The government will consider regional support for oil and gas activities if needed, as was done with the development of the Snohvit gas field off the coast of Hammerfest.

Videocon Industries has sold off to ONGC Videsh and Oil India (OIL) for $2.48 billion (Rs 14,880 crore) its 10 per cent interest in the prolific oil and gas offshore block in Mozambique’s Rovuma basin. The deal is expected to help Videocon reduce its huge debt and provide a piece of pie to the two Indian oil and gas explorers chasing resources abroad.

ONGC Videsh, the wholly owned subsidiary of Oil and Natural Gas Corporation (ONGC), and OIL expect to implement the acquisition through a newly incorporated entity in which OVL would hold 60 per cent stake while OIL would have 40 per cent stake by the end of this financial year.

The largest deal of the quarter involved ONGC and Oil India, who acquired a 10% stake in the 100+ tcf gas discovery offshore Mozambique in the Rovuma basin for $2.5 billion from Videocon Industries. The $0.50 cost per recoverable mcf of gas reserves would usually represent good value but commercialization of the asset is at least five years away and will require large upfront payments to develop the field and construct the necessary LNG exporting terminal which would have made this field fall short of many public companies’ investment appraisals. The deal follows the acquisition of Cove Energy at the end of 2012 when another national oil company, PTT, keen to gain control of the company’s flagship asset of an 8.5% interest in the Rovuma Offshore Area 1, paid $2.2 billion. 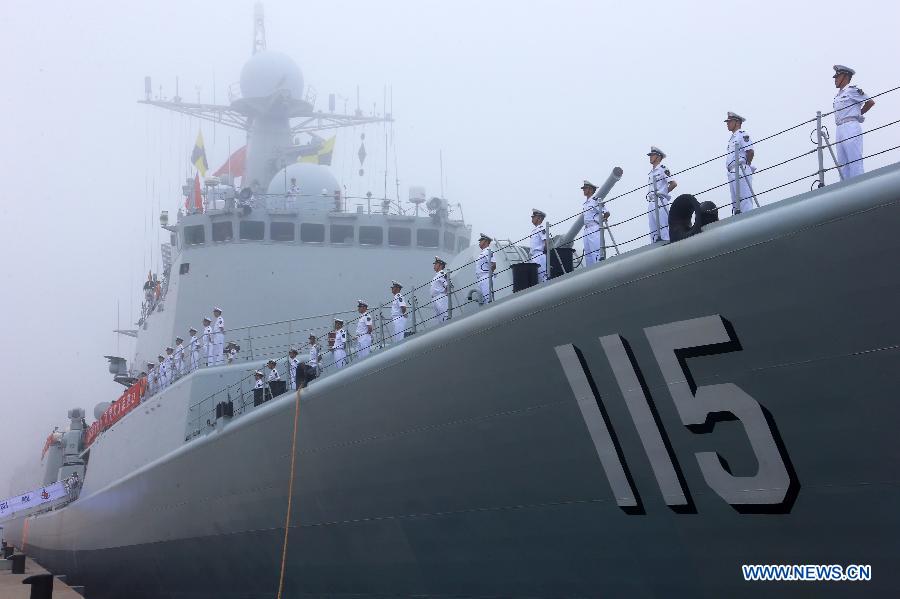 China's defence ministry said on July 2 that its navy would send four destroyers, two guided missile frigates and a support ship for  exercises with the Russian navy, which start on Friday in the Sea of Japan and run until 12 July.

The ships departed on Monday from the port of Qingdao, where China's Northern Fleet is based, and headed for the rallying point in Peter the Great Bay near Vladivostok.