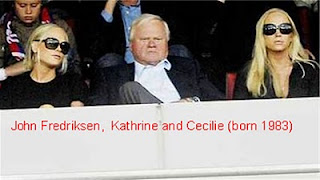 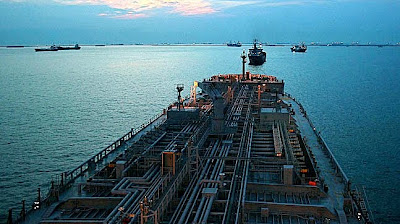 Over the past two years the changing tide of the industry has caused a collapse in crude freight rates. The Baltic Dirty Tanker Index, which measures the cost to move oil across the sea, has sunk to around 638 recently from 1,077 in January 2010, even as the global economy has improved.

At the same time, the global tanker fleet hasn't adjusted to the reduced haulage demand. This year, the total capacity of tankers in the global fleet is likely to grow 4.6%, and next year tanker supply is expected to rise 1.9%, according to a January-dated report from Clarkson Capital Markets. That far surpasses Clarkson's projected demand growth of 2.3% for 2013 and 1.5% for 2014.

"There is such an overhang with supply that to say that freight rates will increase in the out years is premature
Frontline Ltd., which operates a large fleet of very large crude tankers (VLCCs), will lose $2.33/share this year in earnings and $2.09 next,  the recent price of $1.93. Global Hunter has an even worse view for the stock, with the price headed to 50 cents.
Nordic American Tankers Ltd., which operates a tanker fleet, is expected to lose money this year and the next. The stock was recently trading at $9.16.

The International Energy Agency forecasts that the US will overtake Saudi Arabia and Russia as the world's top oil producer in seven years and will become a net oil exporter around 2030.
U.S. crude oil exports doubled in February to a 13-year high of 124,000 barrels per day (bpd), government data showed on April 29+, as shipments of surplus shale crude to Canada gathered pace.   Most of the exports have flowed from the Bakken oil fields in North Dakota to plants in Canada's east, which lack pipeline access to Alberta's oil sands and are dependent on foreign crude. The exports have not generated significant domestic opposition, since Canada remains a huge net exporter of oil to the United States, sending around 2.7 million bpd south from both conventional and growing tar sands production.

There are 87 tankers available in the gulf over the next 30 days. The global VLCC fleet’s total carrying capacity will rise 5.1 percent this year, above demand growth of 4.9 percent.
Frontline Ltd.’s shares fell to the lowest since May 1999 in March and slumped 95 percent since the end of 2007. The stock slid 1.5 percent to 12.75 kroner by the close in Oslo trading April 2.

VLCCs are losing $3,012 daily on the benchmark Saudi Arabia-to-Japan voyage, figures from the Baltic Exchange in London showed. That compared with a $29-a-day loss as of March 28.


[September 10, 2012] John Fredriksen bases his latest investments on the plunging prices of vessels rather than on economic and petroleum growth forecasts, which he says are too uncertain to be useful. At $535 million, the cost of a deep-water rig in Singapore yards is down 31 percent from its 2008 peak, and Chinese and South Korean shipbuilders are accepting new supertanker orders for about $80 million, half of what they cost at their high in 2007.
“Basically, I’m a trader,” says Fredriksen, who rarely talks to the media. “I think as we are sitting here we are very close to the bottom of the market, and I like to be a buyer at the bottom. This is the game.”


[May 28'11]The Commodity Futures Trading Commission sued two traders and the companies they worked for, Arcadia Energy (Suisse) SA and its Parnon Energy Inc. affiliate, alleging that in 2008 they amassed and sold off a substantial position in physical crude oil to "manipulate future prices." The companies are controlled by John Fredriksen's Farahead Holdings, of Cyprus.
The VTN Shipping group is actively involved in the multiple facets of chartering, ship management and ship owning.

It is a wholly owned subsidiary of Farahead Holdings Limited forming part of a group of companies which include
Frontline, SeaDrill, Arcadia Petroleum and Golar LNG Ltd.

The VTN Shipping Group has been incorporated in Cyprus since November 2006.

Kathrine Fredriksen is a board member of oil trading company Arcadia Petroleum
Posted by kokstad at 15:20 No comments: 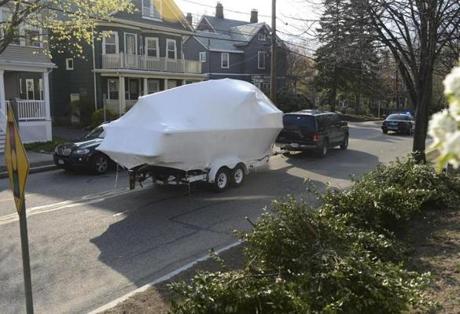 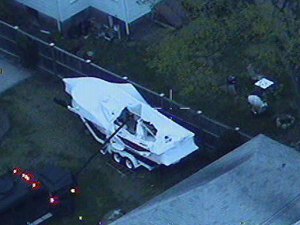 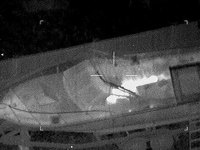 America wants to help David Henneberry get a new boat.
The Watertown, Mass., resident became a hero when he discovered suspected Boston Marathon bomber Dzhokhar Tsarnaev hiding in his backyard boat.
Henneberry quickly called the cops and in a final standoff, his boat was riddled with bullet holes.
"That boat's his baby. He takes care of it like you wouldn't believe. And they told him it's all shot up," Henneberry's friend and neighbor George Pizzuto told ABC News.

Henneberry's boat is reportedly a 22-foot Seahawk cruiser with a fiberglass hull, which retails for around $50,000.

Dzhokhar Tsarnaev, 19, was discovered in the bottom of a rare, 1980s pleasure boat in the backyard of a Watertown, Mass., home just after 6 p.m. by the shocked owner David Henneberry.
Henneberry, an avid boater who is a member of the Watertown Yacht Club, walked outside to have a cigarette just after Gov. Deval Patrick lifted the curfew on Boston residents at 6 p.m. Friday.

A Chinese shipping firm is planning the country’s first commercial voyage through the Northern Sea Route this summer.   For China, the world’s No 2 economy after the United States, the route would save time and money. The distance from Shanghai to Hamburg is 5,200 kilometers shorter via the Arctic than via the Suez Canal, Yang said.

According to Chinese longer-term scenarios, 5 to 15 per cent of China’s international trade, mostly container traffic, would use the route by 2020. Ten per cent of China’s projected trade by 2020, for instance, would be worth €526 billion. “If the route is constructively prepared ... then the demand is there, it could be a huge number,”    in 2012 46 vessels sailed the Northern Sea Route, compared to 34 in 2011 and only four in 2010. The total cargo transported on the NSR in 2012 was 1 261 545 tons – a 53 percent increase from 2011, when 820 789 tons was shipped on the route.
China and Iceland signed a free-trade agreement on April 15th, China’s first with any European nation.    The more likely attraction for China is access to improving shipping routes through the Arctic as that region warms due to climate change.
Posted by kokstad at 11:51 No comments: 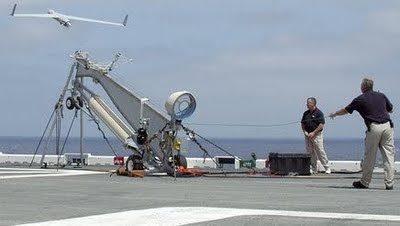 USS Bataan Amphibious Ready Group, which deployed ahead of its original schedule in order to relieve units from the Kearsarge Amphibious Ready Group in the Mediterranean Sea. The US decision to provide $25 million in nonlethal military assistance to the rebels did not signal a deeper U.S. commitment to anti-Gadhafi forces whose makeup, objectives and motives are still not fully understood in Washington.

The aid, he said, is not high-end military equipment but rather a hodge-podge of things like uniforms and canteens.

“I’m not worried about our canteen technology falling into the wrong hands,” he joked.
Posted by kokstad at 10:43 No comments:

Iran sanctions notwithstanding, China loads crude at Karg Is. NITC has chartered the vessel the Omvati Prem, owned by Mumbai-based Indian shipper Mercator Ltd, and used it to carry an oil cargo that sailed from Iran in December for Indian refiner Mangalore Refinery and Petrochemicals Ltd., the sources said. The deal included cost, insurance and freight (CIF), they said.

India’s junior oil minister Panabaaka Lakshmi in a written reply to a question in parliament in November on the insurance scheme did not specify if Iran could charter vessels with Indian insurance cover for supplies.

Use of the scheme effectively transfers the liability for any damage or spill to India’s state-run insurers, and ultimately to New Delhi. When NITC uses its own vessels, the liability stays with its Iran-based insurer.

India established the scheme to keep some oil flowing after EU sanctions came into effect and disrupted shipping. The government arranged emergency cover that was meant for use by Indian flagged vessels chartered by local refiners.

There was little appetite for Indian shippers for the scheme as the insurance was limited to $50 million, a fraction of the $1 billion coverage that a supertanker would typically have from reinsurers against personal injury and pollution claims.

Mercator was the only company to use the scheme. Before NITC chartered the Omvati Prem, MRPL had used the vessel — which can carry about 635,000 barrels — to import Iranian crude.

MRPL is India’s biggest buyer of Iranian crude and did not charter the vessel for this voyage due to commercial and technical reasons, one source

Another shipping source privy to the deal said Omvati Prem discharged in Mangalore on Jan. 8. Mangalore Port’s website showed that the vessel arrived on Jan. 7.

NITC has struggled to keep the flow of oil going to India as it lacks vessels of small enough size to dock at India’s Mangalore port. One of the sources said NITC had chartered the Omvati Prem for about two months.

“Iran offered Mercator a better rate than MRPL, that’s why they have taken the risk of joining hands with NITC,” another shipping source said. “Mercator has taken a risk as NITC is a blacklisted company under sanctions.”

Mercator paid $26,105 for P&I cover to United India Insurance Company and 1,852,710 rupees ($34,000) for hull and machinery cover to The New India Assurance for a voyage between December 28 and January 27, documents seen by Reuters show.

Sources at the two insurance companies were not aware that Mercator had used the policy to deliver an Iranian cargo on a CIF basis.

Mercator did not respond to Reuters enquiries. MRPL, India’s shipping ministry, United India Insurance and The New Indian Assurance Co Ltd all declined to comment for the story.

D.K. Mittal, secretary for financial services at the finance ministry, and Syed Akbaruddin, spokesman at India’s foreign ministry, were not immediately available for comment.

India, along with Iran’s other major Asian clients including China and Japan, has won an exception to U.S. sanctions on financial institutions that process oil payments by reducing Iranian oil imports.

NITC was the target of fresh EU sanctions imposed in October and was declared by Washington to be an extension of the Iranian state in July 2012. That prevents U.S. companies from dealing with it.

NITC has changed many tanker names as it adopts new tactics to keep Iran’s oil exports flowing in response to sanctions.

China, India, Japan and South Korea are the top four buyers of Iranian crude and have all struggled to find ways around the shipping insurance ban.

Japan provides its refiners with government-backed insurance of up to $7.6 billion per tanker to ship Iranian oil, in line with cover from the international P&I Club.

"They (Iran) bought a number of tankers from China and can now do more deliveries ... It's taken some pressure off Iran and facilitated tanker traffic and we are seeing higher exports to China," he told Reuters this week.

The second industry source said the rise in exports to near 1.4 million bpd was a result of traditional buyers finding new ways to secure shipping insurance.

But, like FGE, he estimated that they would fall slightly to around 1.3 million bpd in January.

Chinese data showed the country bought 593,400 bpd of Iranian crude in December, the second-highest level of daily imports in 2012, a rise that Chinese officials also attributed to an easing of shipping delays.

"China is saying let's up the numbers because no one is doing anything about it, and it looks like Obama has made a political decision not to go to war with Iran," said a senior source with a large independent trading house, referring to U.S. President Barack Obama.

Elena McGovern, oil and gas analyst at Business Monitor International, said: "The implications of preventing Chinese imports from Iran would be too damaging to the (U.S.-China) bilateral relationship. I would be very surprised if Obama were to take China to task on Iranian imports."