Not clear why more crude at sea 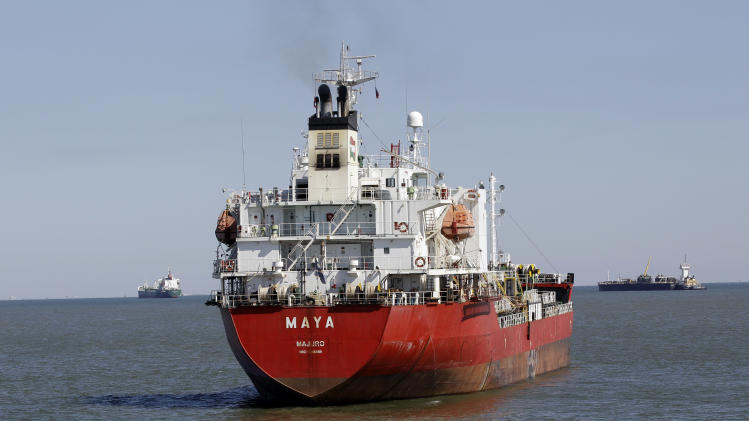 Off the coast of Iran, some large oil tankers are anchored. Until January, there were sanctions prohibiting the export of Iranian oil. While those sanctions were in place, some of the country’s oil was stored offshore. It’s not clear why those stocks haven’t moved since sanctions have lifted. And there is an increase from 85 to 120 oil tankers at anchor around the world. In 2009, the IEA tracked 112 million barrels of crude oil at sea – compared to the 94 million in July 2016. 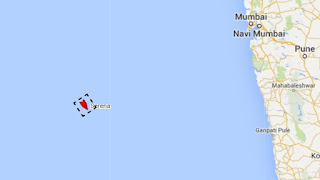 Sanctions lifted, Iranian VLCC tanker, Serena (IMO 9569645), was recently cast off from the port of Assaluyeh after being moored there for more than a year, and is expected to arrive in Uslan, South Korea, on February 11, 2016. 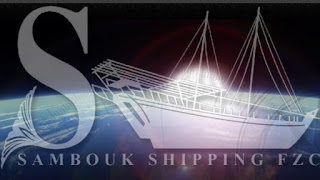 The International Energy Agency, an independent group that analyzes energy markets for Western governments, estimates that Iran averaged about 1.1 million bpd of crude oil from February to June, which is in the range of the administration’s “around a million barrels per day.”   After six months under an interim nuclear deal, the sanctions regime remains strong and negotiations toward a final deal remain in progress. There are challenges for the P5+1 to face moving forward, but on balance the JPA has succeeded in preserving the leverage that sanctions provide while creating the political space for serious negotiations.

"More Iranian crude appears to be finding its way into markets in violation of the Joint Plan of Act;ion despite the Obama administration's commitment to Congress that it would keep a tight control over the oil lifeblood of the Iranian economy," said Mark Dubowitz, of U.S.-based independent think-tank Foundation for Defense of Democracies.

"If this continues, it would be a clear violation of Iran's obligations under the JPOA, which binds Tehran to both nuclear and sanctions-related commitments."

There is no generally accepted figure for the oil exports of many producers, including Iran. Information takes time to filter out from opaque oil and shipping markets. Consumer countries, meanwhile, detail imports with a time lag or not at all.

The tanker market is still waiting for Iran's crude export cargoes to start flowing in the international scene at levels enough to make a difference, in terms of freight rates
The National Iranian Tanker Company (NITC) said in January it is resuming crude oil delivery to Asian buyers in its own vessels as sanctions ease following the implementation of Iran’s nuclear deal with world powers. At the beginning of April 2014, half of the NITC VLCC fleet was either on its way to China or on the ballast voyage back to Iran. This includes two units, moving under new names, which had previously been storing in the Middle East and Gulf since the 3rd quarter last year. Two VLCCs are currently heading to Ulsan, with another three returning to Kharg Island.
Iran’s January oil shipments to the Indian customer were 31 percent higher year on year. One VLCC and one Aframax both ballasting from India to the Gulf.  NITC movements into the Mediterranean reveal Suezmaxes to Turkey and an Aframax heading back to Iran from Syria. It should also be considered that the NITC fleet grew by 33% between September 2012 and July last year which has had a significant impact on Iran’s ability to export crude.

Oiltanking Partners LP (NYSE:OILT) is a $3.17 billion market cap oil and gas midstream company engaged in the terminaling, storage and transportation of crude oil, refined petroleum products and liquefied petroleum gas. Since the beginning of the year, several insiders have been buying its stock, which has already escalated more than 22%. Since  Oct. 2013, the price has risen 39%.

Fixtures have been centered around late February and early March in the Arabian Gulf." Last month average earnings reached $61,630 a day their highest level since Feb 2010 before a rally lost steam. As refineries head into maintenance in Q2 rates may to move into more subdued territory although clearly recent months have highlighted the potential for upside. VLCC rates from the Gulf to the United States were at W33.08 on February 11 versus W31.12 on February 10 and W30.46 last February 4.

In contrast, Black Sea and Mediterranean crude tanker rates continued to weaken after rallying last month to their highest since 2008 as weather related disruptions in the Turkish Straits raised the cost of transporting cargoes. Rates for suezmax tankers on the Black Sea to Med route fell to W62.92 or $6,439 a day. That compared with W65.40 or $8,956 a day on February 10 and W79.56 or $21,792 a day February 4.

Rates for VLCCs exceeded $50,000 in November, primarily on seasonal demand and strong exports from the Middle East, and December bookings indicate rates can be sustained over the short term.

Rates for the largest oil-tankers surged as Chinese freight traders led an acceleration in Asian demand for the ships to load Middle East crude, sapping a fleet surplus that made the carriers unprofitable almost all year. A very large crude carrier built 16 years ago was hired today at about 13 percent more than yesterday’s prevailing prices, according to Dynacom Tankers Management Ltd., an Athens-based owner. There hasn’t been a bigger one-day gain in 2013, according to data from the Baltic Exchange, a London-based publisher of freight costs on more than 50 trade routes. Rising demand has cut a capacity surplus to the smallest since June 4, according to weekly surveys by Bloomberg News. Increased bookings by Chinese buyers depleted the excess in the largest loading region, according to Halvor Ellefsen, a shipbroker at Galbraith’s Ltd. in London. VLCCs earned $5,598 a day on average this year, less than they need to cover running costs including crew and repairs, Baltic Exchange data show.hina, India, Japan and South Korea bought about 972,600 bpd of Iranian oil in the first half of 2013, down from the 1.235mn bpd in the same period last year.China plans to cut imports from Iran by 5%-10% in 2013 from 2012, meaning that it will have to slow purchases more in the second half to meet even the lower end of its stated goal.While sourcing oil from different suppliers and ensuring sufficient volumes may present Chinese refiners with a challenge, so far there doesn’t appear to be any financial cost to cutting volumes from Iran.
China paid about $99.97 a barrel for Iranian crude in June, according to customs data.
This was only slightly cheaper that the $100.46 a barrel average for all China’s purchases in June.
It’s also interesting to note that while China’s imports from Iran dropped 39% in June from a year earlier, shipments from Iraq soared 445%.
Iraqi volumes have gained 38% in the first six months and now exceed those supplied by Iran.
Iraqi oil is also cheaper than that supplied by Iran, with the Chinese paying $97.84 a barrel in June.
While their may be slight quality differences, it appears that China has been able to replace Iranian volumes with cheaper cargoes from Iraq.
Iraq Oil Report July 23rd, 2013
Iran has signed an agreement to send 850 million standard cubic feet per day (scf/d) of natural gas through a pipeline into Iraq, fueling power stations to feed electricity-starved Iraqis and testing the U.S.'s sanctions regime.   This is while the construction of the “friendship” pipeline between Iran, Iraq and Syria has been under way since last year.
The pipeline will stretch from Assaluyeh, near the massive offshore South Pars Gas Field in southern Iran, and will continue into neighboring Iraq to feed Iraqi power plants running on gas. Iran, which sits on the world's second largest natural gas reserves after Russia, is making efforts to up its gas production by increasing foreign and domestic investments, especially in South Pars Gas Field.


The two companies identified by the State Department as conducting petrochemical products transactions are Jam Petrochemical Company and Niksima Food and Beverage JLT.
[May 13]
WASHINGTON – The U.S. Department of the Treasury is taking a number of actions today against Iranian attempts to circumvent international financial sanctions.  As part of the Treasury Department’s continuing vigilance against Iran’s efforts to use front companies and deceptive business practices to sell their oil on the international market, today Treasury identified Sambouk Shipping FZC as subject to sanctions under Executive Order (E.O.) 13599, which, among other things, targets the Government of Iran (GOI) and persons acting for or on behalf of the GOI.  Sambouk Shipping is tied to Dr. Dimitris Cambis who, along with a network of front companies, were sanctioned in March 2013 under E.O. 13599 and the Iran Threat Reduction Act and Syria Human Rights Act of 2012 (TRA) after the U.S. government uncovered Dr. Cambis’s scheme to evade international oil sanctions against Iran.  In an attempt to continue his scheme, Dr. Cambis is using the recently formed Sambouk Shipping to manage eight of the vessels that he operates on behalf of the National Iranian Tanker Company (NITC).  These vessels have been used to execute ship-to-ship transfers of Iranian oil in the Persian Gulf.  These transfers are intended to facilitate deceptive sales of Iranian oil by obscuring the origin of that oil.


Dimitris Cambis has been black-listed by U.S. Treasury, here

- U.S. lawmakers will introduce a bill on February 27 that expands economic penalties against Iran and is designed to force countries like China to buy less Iranian crude oil


The legislation by House Foreign Affairs Committee Chairman Republican Ed Royce of California and the panel's top Democrat Eliot Engel of New York builds on existing U.S. sanctions that have so far led to the devaluation of Iran's currency and slashed the country's main source of funding - oil revenues.
[February 26]

Dimitris Cambis, President at Athene consulting house sa , 6, Vassilissis Sofias Ave. GR-10674 Athens, Greece +30 210 7263300 +30 210 7263399  ach@ach.gr who last year bought the ships - eight very large crude carriers, or VLCCs - to carry Middle East crude to Asia, flatly denied doing any business with Tehran or running clandestine shipments of its oil to China He denied his vessels have loaded oil from Iran while at anchor in the Gulf. Known as ship-to-ship transfers, or STS, such movements are hard to track as crews can switch off tracking beacons or not update their recorded positions for periods to conceal that one vessel has come alongside another.
Posted by kokstad at 13:33 No comments: