Not everyone associated with the oil industry is losing these days. As the enormous ships sail in figure eights around the globe, the tanker companies are reaping the rewards, making as much as $70,000 a day, if not more, for their services.
Such is the state of the oil industry these days that there is sometimes nowhere to put the oil. Off the coast of Texas, a line of roughly 40 tankers has formed, waiting to unload their crude or, in some cases, for a willing buyer to come along. Similar scenes are playing out off the coasts of Singapore and China and in the Persian Gulf. 50 million barrels of crude were added to floating storage globally since January,   According to Iranian officials, the country's approximate 50 million barrels stored at sea is mostly condensate and fuel oil, and not crude as some traders fear.   Ccondensate condenses out of the natural  gas if the temperature is reduced to below the hydrocarbon dew point temperature of the raw gas.   Due to the steep contango in the forward curve, the investors best positioned to execute on a long oil trade are those who have the capacity to buy a few thousand barrels of oil, store it in their backyard, and sell it in a few months.  For everyone else, be prepared to pay handsomely for that storage.

[June 5 The fading contango: tankers used for floating storage.freed up as oil unloaded]
Physical oil is coming under pressure as trade houses unwind a profitable storage play after several months that saw them holding millions of barrels on tankers at sea.  Charterers made fresh efforts to get rates below the psychological mark of w60 Worldscale rates for VLCCs on the Persian Gulf to East routes, The key PG-Japan rate was assessed unchanged at w59.. The market is very volatile and if there are one or two replacement or date sensitive cargoes, they push up the rates, 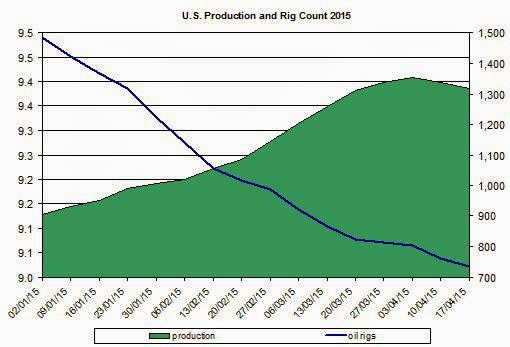 Freight rates for dirty tankers in the East of Suez market have gone up sharply to hit their highest level so far in 2015 lately, amid strong demand to move crude and fuel oil and spike in interest for floating storage.   The long waiting time in Basrah for ships to load and delays in discharging at South Korea and China due to logistics and weather issues also reduced tonnage supply, contributing to firming rates.

[May 13 ]
More VLCCss were being used for storage over the last four – six weeks.   A third of the vessels taken on time charter earlier in the year are now used for floating storage. Most of these are in the Arabian Gulf, but there also some in Singapore, West Africa and the Mediterranean.

[April 24 tankers for crude storage]
As much as 90 percent of global oil storage capacity is “captive,” or controlled by major producers such as Royal Dutch Shell Plc, BP Plc or Chevron Corp. That means only a small part of land-based oil storage is available for independent traders to lease to exploit the market contango, which has prevailed since July.


Some of the world’s largest oil traders have moved to secure floating storage in tankers to take advantage of the market contango. Vitol, Koch Industries Inc., Shell and Trafigura Beheer BV, have booked tankers that could be used to store crude at sea for one-year charters, The last time the oil market moved into a significant contango during the global financial crisis of 2008 and 2009, traders stored 100 million barrels at sea.

[December 12 2014 ]
Seaborne oil trade will rise by 3.5 percent in 2015, against no change in the fleet,  83 very large crude carriers were bound for Chinese ports, at about 8:30 a.m. December 12in London. The ships would transport 166 million barrels, assuming standard cargoes, the largest number in data starting in October 2011. The cost of hiring the vessels surged to the highest in almost five years.   Part of the tanker freight-rate rally may be because of rising shipments from West Africa. Traders booked 33 cargoes of crude on VLCCs from the region this month, 43 percent more than a year earlier.

[October 29  Phantom Ships in the Northwest Passage]
To hide their crimes on the high-seas, hundreds of ships broadcast false identities by using transmitters taken from scrapped vessels on the black market and by typing in made-up ID numbers and hoping they don't arouse suspicion.    Fifteen percent of all ships transmitting fake identities are tankers, typically carrying oil or oil products.    Vessels smuggling oil shipments or other raw materials can lead to significant gaps in intelligence on supply and demand.    large shipping companies seeking to maintain market opaqueness, oil tankers circumventing international sanctions, and large oil producers concealing oil via floating storage in order to affect global oil prices. This group will likely be followed by far more ships seeking to conceal their information in the future.

The Northwest Passage is a sea route through the Arctic Ocean, along the northern coast of North America via waterways through the Canadian Arctic Archipelago, connecting the Atlantic and Pacific Oceans. 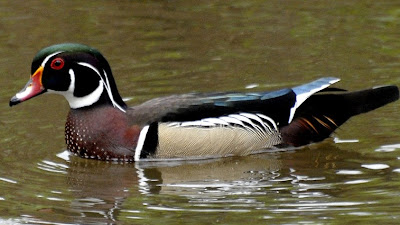 At least 15 VLCC crude carriers are idling in the Persian Gulf, Gulf of Oman and Gulf of Suez. The tankers can store a combined 30 million barrels of oil.

Traders store oil hoping to benefit from a so-called contango structure in futures markets, in which prompt prices are lower than contracts for later delivery. Traders can make money when the difference in prices is greater than the cost to charter the ship.

The contango between the front-month crude contract traded on the New York Mercantile Exchange and the second-month contract to the highest level since Dec. 15. Dirty products usually include crude oil and may include fuel oil.

The VLCC rate was $43,876 a day as of April 23, according to the London-based Baltic Exchange. The rate has more than doubled this year. VLCCs can carry about 2 million barrels of oil.

Two years ago, Iran used as many as 15 tankers for storage, constricting vessel supply and helping to more than triple freight rates in less than three months.

Iran is likely storing oil because of weakening demand as refineries across Asia, accounting for almost two-thirds of global demand for supertankers, carry out maintenance. National Iranian Tanker Co., which operates the supertankers, also has a laden suezmax tanker idling off Iran, ship-tracking data show. A suezmax can hold about 1 million barrels of oil.
Posted by kokstad at 16:41 No comments: