Russian Defence Minister Sergei Shoigu said on December 8 that Russia had for the first time struck Islamic State targets in Syria with missiles fired from a submarine in the Mediterranean.


"The targets were two large terrorist positions in the territory of Raqqa," Shoigu told President Vladimir Putin in a televised meeting, adding that the Calibre missiles had been fired from the submarine Rostov-on-Don.
November 19 Varshavyanka-class sub strikes at Raqqa with cruise missiles
19 2015 15:01
Cruise missiles were launched from the diesel-electric submarine «Rostov-on-don». However, the Kremlin denied these reports.
The Varshavyanka-class (Project 636), an improved version of the Kilo-class submarines, features advanced stealth technology, extended combat range and provides the ability to strike land, surface and underwater targets.   Designed for anti-shipping and anti-submarine missions in relatively shallow waters, the submarines can cruise underwater at a speed of 20k and has a cruising range of 400 miles.
Capable of accommodating a crew of 52, the submarines can patrol for 45 days and are armed with 18 torpedoes and eight surface-to-air missiles.
«I think the mere presence of these forces in the Eastern Mediterranean will not only be sober adversary, but will also force ISIS to make serious conclusions. When they see what power they are opposed, they will realize that it is pointless to do what they are doing now», — said the former commander of Northern fleet Admiral Vyacheslav Popov

[November 17 Russia strikes at Raqqa with cruise missiles from Med

Russian missile cruiser Moskva is moored in the Crimean Black Sea port of Sevastopol on May 10, 2013,   A variety of ships, including the Moskva, were reported to have left from Russia's Sevastopol port in Crimea September 25, according to the independent Turkish ship-spotting blog Bosphorus Naval News.

The officials spoke on condition of anonymity to discuss non-U.S. military operations. They provided no details on targets or the scale or outcome of the attacks.

One of the officials said the Russians gave the U.S. prior notification of the attacks by communicating with the U.S.-led coalition's air operations center at al-Udeid air base in Qatar. The official said this was in accordance with protocols worked out by U.S. and Russian officials in October
[October 8 Russian Navy launches cruise missiles at Jaish al-Fatah, rather than on the Islamic State]
Moscow said it had fired 26 cruise missiles at Syrian targets from naval vessels in the Caspian Sea, 900 miles away, using a  Gepard-class frigate Dagestan and the Buyan-M-class corvettes Grad Sviyazhsk, Uglich and Veliky Ustyug. They’re armed with Kalibr-NK launchers.

More than a dozen airstrikes have hit Islamic State military targets and administrative buildings in Aleppo and Raqqa provinces in the north as well as al Qaeda's official arm in the country, al Nusra Front in the northwestern city of Idlib. 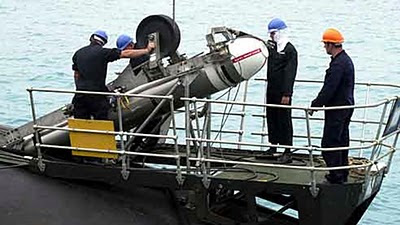 The UK has launched guided Tomahawk Land Attack Missiles (TLAM) from a Trafalgar Class submarine as part of a co-ordinated coalition plan to enforce the UN resolution on Libya.
A UK submarine is understood to have been stationed in the Mediterranean for some time without being detected.
Posted by kokstad at 17:06 No comments: