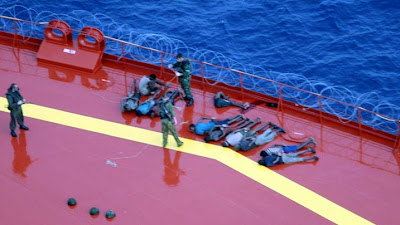 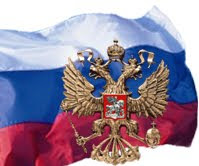 A suspicion the pirates have all been killed Voitenko

An unnamed high-level Russian Defense Ministry official says the pirates who boarded the tanker Moscow University never made it to shore and were likely dead.

The official said the suspects were stripped of their weapons and navigation equipment and, about 300 nautical miles (550 kilometers) from shore, were put into one of the speed boats they used in the hijacking.

Pirate Gets 5 Years in Arctic Sea Case
10 May 2010 An Estonian-born man was convicted of piracy and handed a five-year sentence by the Moscow City Court over the purported highjacking of the Russian-crewed Arctic Sea freighter last summer.

MOSCOW, May 5 (Itar-Tass) - The Investigation Committee under the Prosecutor General's Office (SKP) opened a criminal case over piracy on Wednesday, after pirates captured the "Moscow University" tanker with a Russian crew off the Gulf of Aden.

The SKP's main department opened a criminal case over "piracy committed with use of violence and weapons by an organized group. The penalty for this offense envisions up to 15 years in jail," SKP spokesman Vladimir Markin told Itar-Tass.

It is the second time Russia opens criminal proceedings over piracy. The first such probe was conducted over the capture of the Arctic Sea vessel. The probe is nearing completion at present.

The Arctic Sea bulk carrier with a crew of 15 sailors from the Russian town of Arkhangelsk, was captured on July 24, 2009. It had a load of timber, and headed for Algeria from Finland. The vessel was captured in Sweden's territorial waters.

On August 17, the Ladny coastguard vessel of the Russian Black Sea Fleet freed the crew off Cape Verde Islands. Eight captors - citizens of Russia, Estonia and Latvia - were arrested and charged with piracy. They are in custody awaiting trial.

May 6, The pirates seized by a Russian warship off the coast of Somalia have been released because of ''imperfections'' in international law, the Defense Ministry said Friday, it was unclear how the seizure of the tanker might be legally different from last year's alleged hijacking of the Russian-crewed freighter Arctic Sea. That vessel allegedly was seized by pirates in the Baltic Sea off Sweden and went missing for several days before a Russian warship tracked it down off West Africa. The eight alleged pirates were flown to Moscow to face eventual trial. . The Arctic Sea, was suspected last year of transporting Russian missiles destined for Iran. Moscow has said it plans to fulfill a contract to supply the S-300 AA missile to Iran.

A Defense Ministry source told RIA Novosti that they were sent off in a small inflatable boat, having been disarmed and stripped of navigational equipment.

May 7 “A decision was made to let them go on a small vessel they used for attacking the tanker,” he RF Defence Ministry’s press service told Itar-Tass on Friday.
... The life of an inmate in a Russian prison camp is more comfortable than life in Somalia, in addition to which they are eligible for parole,
Posted by kokstad at 10:35